The repeated Invocation of the Name, by making our prayer more unified, makes it at the same time more inward, more a part of ourselves - not something that we do at particular moments, but something that we are all the time; not an occasional act but a continuing state. Such praying becomes truly prayer of the whole person, in which the words and meaning of the prayer are fully identified with the one who prays. All this is well expressed by Paul Evdokimov (1901 - 1970): "In the catacombs the image that recurs most frequently is the figure of a woman in prayer, the Orans. It represents the only true attitude of the human soul. It is not enough to possess prayer: we must become prayer - prayer incarnate. It is not enough to have moments of praise; our whole life, every act and every gesture, even a smile, must become a hymn of adoration, an offering, a prayer. We must offer not what we have but what we are". That is what the world needs above all else: not people who say prayers with greater or less regularity, but people who are prayers.

The kind of prayer that Evdokimov is here describing may be defined more exactly as "prayer of the heart". In Orthodoxy, as in other traditions, prayer is commonly distinguished under three headings, which are to be regarded as interpenetrating levels, rather than successive stages: prayer of the lips (oral prayer); prayer of the nous, the mind or intellect (mental prayer); prayer of the heart (or of the intellect in the heart). The Invocation of the Name begins, like any other prayer, as an oral prayer, in which words are spoken by the tongue through a deliberate effort of will. At the same time, once more by a deliberate effort, we concentrate our mind upon the meaning of what the tongue says. In course of time and with the help of God our prayer grows more inward. The participation of the mind becomes more intense and spontaneous, while the sounds uttered by the tongue become less important; perhaps for a time they cease altogether and the Name is invoked silently, without any movement of the lips, by the mind alone. When this occurs, we have passed by God’s grace from the first level to the second. Not that vocal invocation ceases altogether, for there will be times when even the most "advanced" in inner prayer will wish to call upon the Lord Jesus aloud. (And who, indeed, can claim to be "advanced?" We are all of us "beginners" in the things of the Spirit).

But the journey inwards is not yet complete. A person is far more than the conscious mind; besides the brain and reasoning faculties there are the emotions and affections, the aesthetic sensitivity, together with the deep instinctive layers of the personality. All these have a function to perform in prayer, for the whole person is called to share in the total act of worship. Like a drop of ink that falls on blotting paper, the act of prayer should spread steadily outwards from the conscious and reasoning centre of the brain, until it embraces every part of ourselves.

In more technical terms, this means that we are called to advance from the second level to the third: from "prayer of the intellect" to "prayer of the intellect in the heart". "Heart" in this context is to be understood in the Semitic and biblical rather than the modern Western sense, as signifying not just the emotions and affections but the totality of the human person. The heart is the primary organ of our identity, it is our innermost being, "the very deepest and truest self, not attained except through sacrifice, through death". According to Boris Vysheslavtsev, it is "the centre not only of consciousness but of the unconscious, not only of the soul but of the spirit, not only of the spirit but of the body, not only of the comprehensible but of the incomprehensible; in one word, it is the absolute centre". Interpreted in this way, the heart is far more than a material organ in the body; the physical heart is an outward symbol of the boundless spiritual potentialities of the human creature, made in the image of God, called to attain his likeness.

To accomplish the journey inwards and to attain true prayer, it is required of us to enter into this "absolute centre", that is, to descend from the intellect into the heart. More exactly, we are called to descend not from but with the intellect. The aim is not just "prayer of the heart" but "prayer of the intellect in the heart", for our varied forms of understanding, including our reason, are a gift from God and are to be used in his service, not rejected. This "union of the intellect with the heart" signifies the reintegration of our fallen and fragmented nature, our restoration to original wholeness. Prayer of the heart is a return to Paradise, a reversal of the Fall, a recovery of the status ante peccatum. This means that it is an eschatological reality, a pledge and anticipation of the Age to Come - something which, in this present age, is never fully and entirely realized.

Those who, however imperfectly, have achieved some measure of "prayer of the heart", have begun to make the transition about which we spoke earlier - the transition from "strenuous" to "selfacting" prayer, from the prayer which I say to the prayer which "says itself" or, rather, which Christ says in me. For the heart has a double significance in the spiritual life: it is both the centre of the human being and the point of meeting between the human being and God. It is both the place of self-knowledge, where we see ourselves as we truly are, and the place of self-transcendence, where we understand our nature as a temple of the Holy Trinity, where the image comes face to face with the Archetype. In the "inner sanctuary" of our own heart we find the ground of our being and so cross the mysterious frontier between the created and the Uncreated. "There are unfathomable depths within the heart", state the Macarian Homilies. "...God is there with the angels, light and life are there, the kingdom and the apostles, the heavenly cities and the treasures of grace: all things are there".

Prayer of the heart, then, designates the point where "my" action, "my" prayer, becomes explicitly identified with the continuous action of Another in me. It is no longer prayer to Jesus but the prayer of Jesus himself. This transition from "strenuous" to "self-acting" prayer is strikingly indicated in The Way of a Pilgrim: "Early one morning the Prayer woke me up as it were". Hitherto the Pilgrim has been "saying the Prayer"; now he finds that the Prayer "says itself", even when he is asleep, for it has become united to the prayer of God within him. Yet even so he does not consider that he has as yet attained prayer of the heart in its fullness.

Readers of The Way of a Pilgrim may gain the impression that this passage from oral prayer to prayer of the heart is easily achieved, almost in a mechanical and automatic fashion. The Pilgrim, so it seems, attains self-acting prayer in a matter of a few weeks. It needs to be emphasized that his experience, while not unique, is altogether exceptional. More usually prayer of the heart comes, if at all, only after a lifetime of ascetic striving. There is a real danger that, in the early stages of the Jesus Prayer, we may too readily assume that we are passing from oral prayer to prayer of the heart. We may perhaps be tempted to imagine that we have already attained wordless prayer of silence, when in fact we are not really praying at all but have merely lapsed into vacant drowsiness or waking sleep. To guard against this, our teachers in the Hesychast tradition insist upon the need for strenuous effort when first embarking on the Jesus Prayer. They emphasize how important it is to concentrate full attention upon the recitation of the actual words, rather than to form high ambitions about prayer of the heart. Here, for example, is the advice given by a noted spiritual father of Mount Athos, Geron Joseph of New Skete (+1959):

The work of inner prayer consists in forcing yourself to say the prayer with your mouth continually, without ceasing. ...Attend only to the words "Lord Jesus Christ, have mercy on me"... Just say the Prayer aloud, without interruption... All your effort must be centred on the tongue, until you start to grow accustomed to the Prayer.

The significance attached here to the power of the spoken word is indeed striking. As St. John Climacus tells us, "Struggle to lift up, or rather, to enclose your thought within the words of your prayer". But of course we never think exclusively about the words on their own; always we are conscious also of the person of Jesus whom our words invoke.

Prayer of the heart, when and if it is granted, comes as the free gift of God, which he bestows as he wills. It is not the inevitable effect of some technique. St. Isaac the Syrian (seventh century) underlines the extreme rarity of the gift when he says that "scarcely one in ten thousand" is counted worthy of the gift of pure prayer, and he adds: "As for the mystery that lies beyond pure prayer, there is scarcely to be found a single person in each generation who has drawn near to this knowledge of God’s grace". One in ten thousand, one in a generation: while sobered by this warning, we should not be unduly discouraged. The path to the inner kingdom lies open before all, and all alike may travel some way along it. In the present age, few experience with any fullness the deeper mysteries of the heart, but very many receive in a more humble and intermittent way true glimpses of what is signified by spiritual prayer. 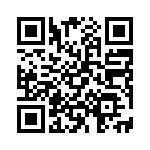