Theologically, as the Russian Pilgrim rightly claims, the Jesus Prayer "holds in itself the whole gospel truth"; it is a "summary of the Gospels". In one brief sentence it embodies the two chief mysteries of the Christian faith, the Incarnation and the Trinity. It speaks, first, of the two natures of Christ the God-man (Theanthropos): of his humanity, for he is invoked by the human name, "Jesus", which his Mother Mary gave to him after his birth in Bethlehem; of his eternal Godhead, for he is also styled "Lord" and "Son of God". In the second place the Prayer speaks by implication, although not explicitly, of the three Persons of the Trinity. While addressed to the second Person, Jesus, it points also to the Father, for Jesus is called "Son of God"; and the Holy Spirit is equally present in the Prayer, for "no one can say "Lord Jesus", except in the Holy Spirit" (1Кор. 12:3). So the Jesus Prayer is both Christocentric and Trinitarian.

Devotionally, it is no less comprehensive. It embraces the two chief "moments" of Christian worship: the "moment" of adoration, of looking up to God’s glory and reaching out to him in love; and the "moment" of penitence, the sense of unworthiness and sin. There is a circular movement within the Prayer, a sequence of ascent and return. In the first half of the Prayer we rise up to God: "Lord Jesus Christ, Son of God..."; and then in the second half we return to ourselves in compunction: "...on me a sinner". "Those who have tasted the gift of the Spirit", it is stated in the Macarian Homilies, "are conscious of two things at the same time: on the one hand, of joy and consolation; on the other, of trembling and fear and mourning". Such is the inner dialectic of the Jesus Prayer.

These two "moments" - the vision of divine glory and the consciousness of human sin - are united and reconciled in a third "moment" as we pronounce the word "mercy". "Mercy" denotes the bridging of the gulf between God’s righteousness and the fallen creation. He who says to God, "Have mercy", laments his own helplessness but voices at the same time a cry of hope. He speaks not only of sin but of its overcoming. He affirms that God in his glory accepts us though we are sinners, asking us in return to accept the fact that we are accepted. So the Jesus Prayer contains not only a call to repentance but an assurance of forgiveness and restoration. The heart of the Prayer - the actual name "Jesus" - bears precisely the sense of salvation: "Thou shalt call his name Jesus, for he shall save his people from their sins" (Мф. 1:21). While there is sorrow for sin in the Jesus Prayer, it is not a hopeless but a "joy-creating sorrow", in the phrase of St. John Climacus (+649).

Such are among the riches, both theological and devotional, present in the Jesus Prayer; present, moreover, not merely in the abstract but in a vivifying and dynamic form. The special value of the Jesus Prayer lies in the fact that it makes these truths come alive, so that they are apprehended not just externally and theoretically but with all the fullness of our being. To understand why the Jesus Prayer possesses such efficacy, we must turn to two further aspects: the power of the Name and the discipline of repetition. 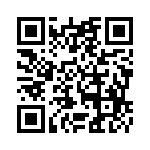