"When you pray", it has been wisely said by an Orthodox writer in Finland, "you yourself must be silent... You yourself must be silent; let the prayer speak". To achieve silence: this is of all things the hardest and the most decisive in the art of prayer. Silence is not merely negative - a pause between words, a temporary cessation of speech - but, properly understood, it is highly positive: an attitude of attentive alertness, of vigilance, and above all of listening. The hesychast, the person who has attained hesychia, inner stillness or silence, is par excellence the one who listens. He listens to the voice of prayer in his own heart, and he understands that this voice is not his own but that of Another speaking within him.

The relationship between praying and keeping silent will become clearer if we consider four short definitions. The first is from The Concise Oxford Dictionary, which describes prayer as "...solemn request to God... formula used in praying". Prayer is here envisaged as something expressed in words, and more specifically as an act of asking God to confer some benefit. We are still on level of external rather than inner prayer. Few of us can rest satisfied with such a definition.

Our second definition, from a Russian starets of the last century, is far less exterior. In prayer, says Bishop Theophan the Recluse (1815 - 1894), "the principal thing is to stand before God with the mind in the heart, and to go on standing before Him unceasingly day and night, until the end of life". Praying, defined in this way, is no longer merely to ask for things, and can indeed exist without the employment of any words at all. It is not so much a momentary activity as a continuous state. To pray is to stand before God, to enter into an immediate and personal relationship with him; it is to know at every level of our being, from the instinctive to the intellectual, from the sub-to the supra-conscious, that we are in God and he is in us. To affirm and deepen our personal relationships with other human beings, it is not necessary to be continually presenting requests or using words; the better we come to know and love one another, the less need there is to express our mutual attitude verbally. It is the same in our personal relationship with God.

In these first two definitions, stress is laid primarily on what is done by the human person rather than by God. But in the relationship of prayer, it is the divine partner and not the human who takes the initiative and whose action is fundamental. This is brought out in our third definition, taken from St. Gregory of Sinai (+1346). In an elaborate passage, where he loads one epithet upon another in his effort to describe the true reality of inner prayer, he ends suddenly with unexpected simplicity: "Why speak at length? Prayer is God, who works all things in all men". Prayer is God - it is not something that I initiate but something which I share; it is not primarily something that I do but something that God is doing in me: in St. Paul’s phrase, "not I, but Christ in me" (Гал. 2:20). The path of inner prayer is exactly indicated in St. John the Baptist’s words about the Messiah: "He must increase, but I must decrease" (Ин. 3:30). It is in this sense that to pray is to be silent. "You yourself must be silent; let the prayer speak" - more precisely, let God speak. True inner prayer is to stop talking and to listen to the wordless voice of God within our heart; it is to cease doing things on our own, and to enter into the action of God. At the beginning of the Byzantine Liturgy, when the preliminary preparations are completed and all is now ready for the start of the Eucharist itself, the deacon approaches the priest and says: "It is time for the Lord to act". Such exactly is the attitude of the worshipper not only at the Eucharistic Liturgy but in all prayer, public or private.

Our fourth definition, taken once more from St. Gregory of Sinai, indicates more definitely the character of this action of the Lord within us. "Prayer", he says, "is the manifestation of Baptism". The action of the Lord is not, of course, limited solely to the baptized; God is present and at work within all humankind, by virtue of the fact that each is created according to his divine image. But this image has been obscured and clouded over, although not totally obliterated, by our fall into sin. It is restored to its primal beauty and splendour through the sacrament of Baptism, whereby Christ and the Holy Spirit come to dwell in what the Fathers call "the innermost and secret sanctuary of our heart". For the overwhelming majority, however, Baptism is something received in infancy, of which they have no conscious memory. Although the baptismal Christ and the indwelling Paraclete never cease for one moment to work within us, most of us - save on rare occasions - remain virtually unaware of this inner presence and activity. True prayer, then, signifies the rediscovery and "manifestation" of baptismal grace. To pray is to pass from the state where grace is present in our hearts secretly and unconsciously, to the point of full inner perception and conscious awareness when we experience and feel the activity of the Spirit directly and immediately. In the words of St. Kallistos and St. Ignatios Xanthopoulos (fourteenth century), "The aim of the Christian life is to return to the perfect grace of the Holy an Life-giving Spirit, which was conferred upon us at the beginning in divine Baptism".

"In my beginning is my end", The purpose of prayer can be summarized in the phrase, "Become what you are". Become consciously and actively what you already are potentially and secretly, by virtue of your creation according to the divine image and your re-creation at Baptism. Become what you are: more exactly, return into yourself; discover him who is yours already, listen to him who never ceases to speak within you; possess him who even now possesses you. Such is God’s message to anyone who wants to pray: "You would not seek me unless you had already found me".

But how are we to start? How, after entering our room and closing the door, are we to begin to pray, not just by repeating words from books, but by offering inner prayer, the living prayer of creative stillness? How can we learn to stop talking and to start listening? Instead of simply speaking to God, how can we make our own the prayer in which God speaks to us? How shall we pass from prayer expressed in words to prayer of silence, from "strenuous" to "self-acting" prayer (to use Bishop Theophan’s terminology), from "my" prayer to the prayer of Christ in me?

One way to embark on this journey inwards is through the Invocation of the Name. 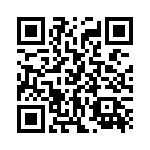