All texts are listed in accordance with the directions of the Typicon. Special readings are only for the Church Feasts.

Liturgical instructions for priesthood and clergy

Col.1:24 Who now rejoice in my sufferings for you, and fill up that which is behind of the afflictions of Christ in my flesh for his body's sake, which is the church:
Col.1:25 Whereof I am made a minister, according to the dispensation of God which is given to me for you, to fulfil the word of God;
Col.1:26 Even the mystery which hath been hid from ages and from generations, but now is made manifest to his saints:
Col.1:27 To whom God would make known what is the riches of the glory of this mystery among the Gentiles; which is Christ in you, the hope of glory:
Col.1:28 Whom we preach, warning every man, and teaching every man in all wisdom; that we may present every man perfect in Christ Jesus:
Col.1:29 Whereunto I also labour, striving according to his working, which worketh in me mightily.

Luk.9:7 Now Herod the tetrarch heard of all that was done by him: and he was perplexed, because that it was said of some, that John was risen from the dead;
Luk.9:8 And of some, that Elias had appeared; and of others, that one of the old prophets was risen again.
Luk.9:9 And Herod said, John have I beheaded: but who is this, of whom I hear such things? And he desired to see him.
Luk.9:10 And the apostles, when they were returned, told him all that they had done. And he took them, and went aside privately into a desert place belonging to the city called Bethsaida.
Luk.9:11 And the people, when they knew it, followed him: and he received them, and spake unto them of the kingdom of God, and healed them that had need of healing. 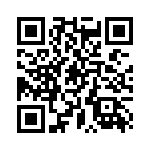